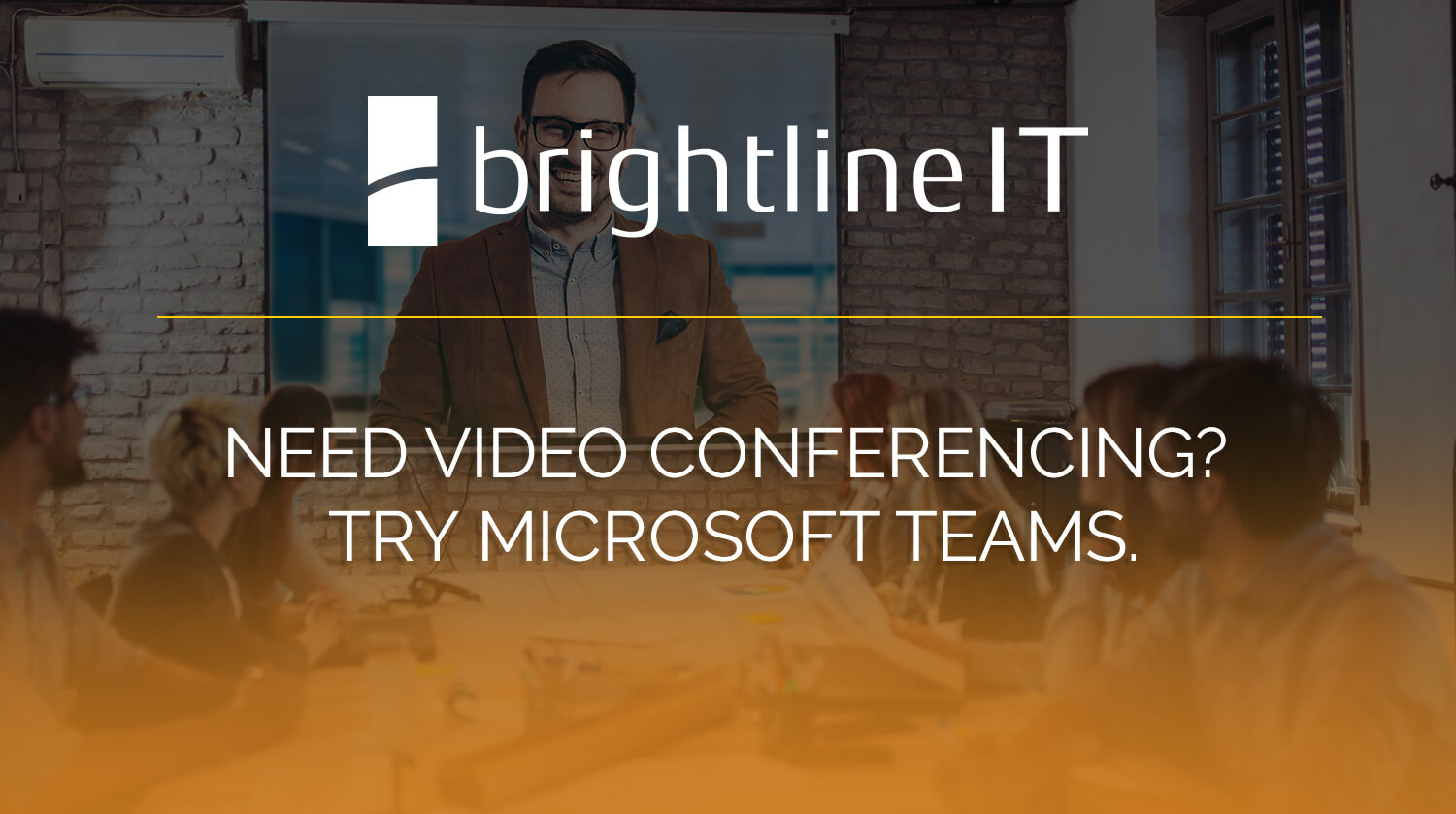 Since the Covid-19 pandemic has caused many businesses to make an abrupt shift to working from home, offices around the country—and around the globe—have been seeking a secure, reliable, user-friendly platform for video conferencing. The irony is that, for many of them, the answer has been sitting under their noses all along.

While Zoom has become a household name, Microsoft’s platform is arguably more mature, reliable, and undeniably more secure. Let’s take a closer look at six reasons it should be the choice for your office.

1. You might already have Microsoft Teams if you have Office 365.

If you have Office 365, then you probably already have Microsoft Teams. Many organizations were not aware that Teams is included now in most Office 365 offerings. They are only familiar with Microsoft’s traditional suite of products. But Teams is a more recent addition, launched in 2017, and with other video conferencing solutions on the market (including Skype, which is also owned by Microsoft), it has largely gone unnoticed.

Microsoft has plans to phase out Skype for Business in 2021, but has started encouraging its users to make the transition to Teams.  Your business shouldn’t wait to switch for the simple reason that Teams is a more comprehensive platform.

2. Microsoft Teams has all the video conferencing features you expect and need.

Where Microsoft Teams outperforms newer competing products is in the overall quality of the call. While video conferencing can still be disrupted based on the stability of individual internet connections, the platforms themselves can also play a role. Microsoft Teams can’t help you if your home wireless is spotty, but they can offer a stable platform with fewer feedback issues and glitches than many of their competitors.

One feature that isn’t universal for video conferencing platforms is the ability to record and store meetings. This is a useful feature for businesses that want to review a discussion or share the meeting with participants who weren’t able to attend. Plus, Microsoft Teams can automatically transcribe calls, sparing users from having to type lengthy notes.

4. Microsoft Teams can support conference meetings for up to 250 people.

If you have a large organization, hosting a conference meeting with as many as 250 people sounds like a lot to handle—and it is. However, the basic Teams plan can handle this, plus webinar streaming for up to 10,000 participants. So, if your team can’t meet for your annual company retreat, you can still connect with the entire office online.

5. Microsoft Teams seamlessly integrates with all other Office 365 applications.

If Microsoft Teams does have a killer feature, it’s their ability to integrate with all their other Office 365 products—Word, Excel, PowerPoint, OneNote, and Outlook. You can be on a call in Teams, share a document with the team, and your colleagues on the call can edit it with you live. Afterward the document will be in your cloud storage where everyone can still access it. That’s the kind of collaboration other platforms can’t match.

6. Microsoft Teams has privacy and security features that other platforms lack.

Finally, the popularity of platforms like Zoom have also exposed their security flaws. About the time Zoom was taking off, many users began to notice their meetings were being disrupted by “Zoom bombers,”—people who would find their way in to a meeting or virtual classroom and intentionally interrupt and disrupt the meeting. This is a significant privacy flaw, but it’s only one problem with the platform.

Zoom also cut corners with their encryption, leaving them vulnerable to security breaches. For companies that need to adhere to DoD compliance standards—or for those who simply don’t want their security compromised—Zoom simply isn’t a viable option. Needless to say, Microsoft provides a more secure and controlled environment.

Microsoft Teams may just be the video conferencing solution you’ve been looking for.

To recap, Microsoft Teams has all the “killer features” that other platforms boast of, but it also integrates with their full suite of applications and doesn’t have the massive privacy and security flaws of platforms like Zoom.

In many places, working from home is likely to be the new norm for many businesses for the foreseeable future. Even once the current crisis lifts, the nature of business is to become more global, with teams working remotely but connected via virtual work spaces. Businesses can’t afford to treat their video conferencing decisions as a temporary stopgap measure, nor should they choose platforms that can’t support their long-term growth.

For these reasons, we recommend businesses use and embrace Microsoft Teams as their standard online meeting platform. You may even already have it.