Wired vs. Wireless Internet: What’s Best for Your Office? 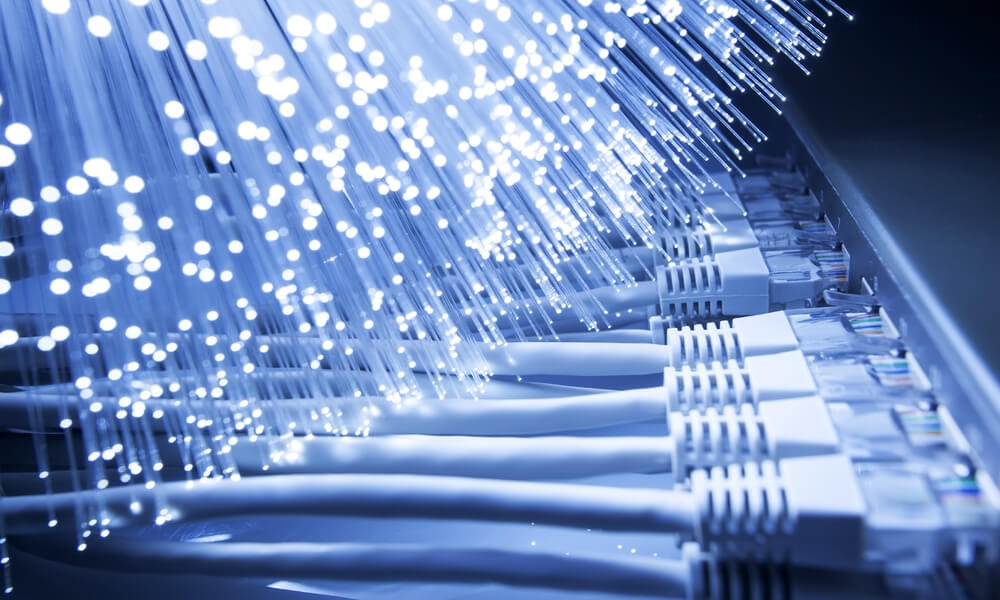 How to make an informed decision between WiFi and Ethernet.

Many of us are so used to working via a WiFi Internet connection at home, in coffee shops, and every time we’re on our phone, that we’re tempted to think that hard-wired Internet is no longer necessary. However, before you decide to do away with your Ethernet connection, you may want to consider the advantages it still has over wireless technology.

There are several factors that make hard-wired Ethernet connections preferable to wireless Internet: speed, latency, security, and stability. Put briefly, an Ethernet connection allows for faster transfer of data from your computer to the Internet. It has less of a lag than WiFi, and it’s less likely to lose connection. Furthermore, wired connections are easier to secure than wireless, reducing your risk of a data breach. All of these are incredibly important factors for businesses which handle large amounts of data and can’t afford even a brief interruption in their connectivity.

That said, although speed is one of the most oft-cited benefits of Ethernet, it’s most important when transferring data through a local area network (for instance, if you’re a manufacturing business and regularly move detailed drawings or CAD files to an in-house server). This is because wired connections transfer data from computers faster than WiFi. However, the speed at which data can move between devices is not the same as your internet speed. Bandwidth is the ultimate bottleneck that will slow down the transfer of data between your office and the outside world.

For many tasks, a wireless Internet connection will be good enough, and most people prefer the convenience of wireless to the marginal gains of Ethernet. Furthermore, improvements in WiFi technology are continually narrowing the efficiency gap between wired and hardwired Internet. However, even if your business doesn’t require the connection speed, low-latency, and stability of Ethernet, there are still some things you should look out for before you decide to go totally wireless.

Be sure that all new WiFi devices meet the latest 802.11 AC Wave 2 standard. This will be critical for your business moving forward because it supports multiple users, as well as multiple inputs and outputs (otherwise known as MU-MIMO). 802.11 AC Wave 2 allows WiFi equipment to support multiple inbound and outbound streams. This means your WiFi can simultaneously broadcast and receive data, allowing for much better performance of streaming audio or content.

You will want to take advantage of the new standard, not only for its higher performance, but because it positions your business to take advantage of future technological improvements. Additionally, all new Apple devices support MIMO over 5Ghz bandwidth, and this is set to become the new industry standard within a few years. So, for a smoother experience, you want all devices to be able to support the Wave 2 standard.

What to look out for in a new office space.

As you move into a new office space, have an IT professional look at your Internet connections. Your office should be equipped with gigabit switches that can handle modern workloads, but some businesses move into an existing building trusting that the “pre-wired” connection will be up to task. Unfortunately, these can sometimes be 10-100 switch which can in no way keep up with current bandwidth consumption.

There are a few other reasons why a wired Internet connection may make sense for your office. For instance, many phone systems require a hardwired connection to function efficiently, and a lot of desktop computers are built to be hardwired. This can also have advantages when it comes to diagnosing Internet connectivity issues. Hard-wired Internet cables can have an advantage over wireless as their single point of connectivity makes it easier to diagnose and troubleshoot issues. Wireless connections are also subject to more variables. These include the number of people in the room and where the user is standing in relation to walls and other barriers.

This isn’t an either/or proposition.

Of course, there’s no reason your office can’t have both WiFi and Ethernet. Many offices may still need a hardwired connection to handle heavy-duty operations, while providing WiFi for visitors or conference rooms. The most important thing for you to keep in mind is that Ethernet still performs better than WiFi for heavy data loads, and that your business can and should take advantage of WiFi improvements as they become the new industry standard.

Need help with your office’s IT? We can run a free assessment to help you improve your office efficiency.

« How to Secure Data Effectively for Remote Work Employees
IT Project Prioritization: Balancing Risk and Opportunity »
Back to Blog