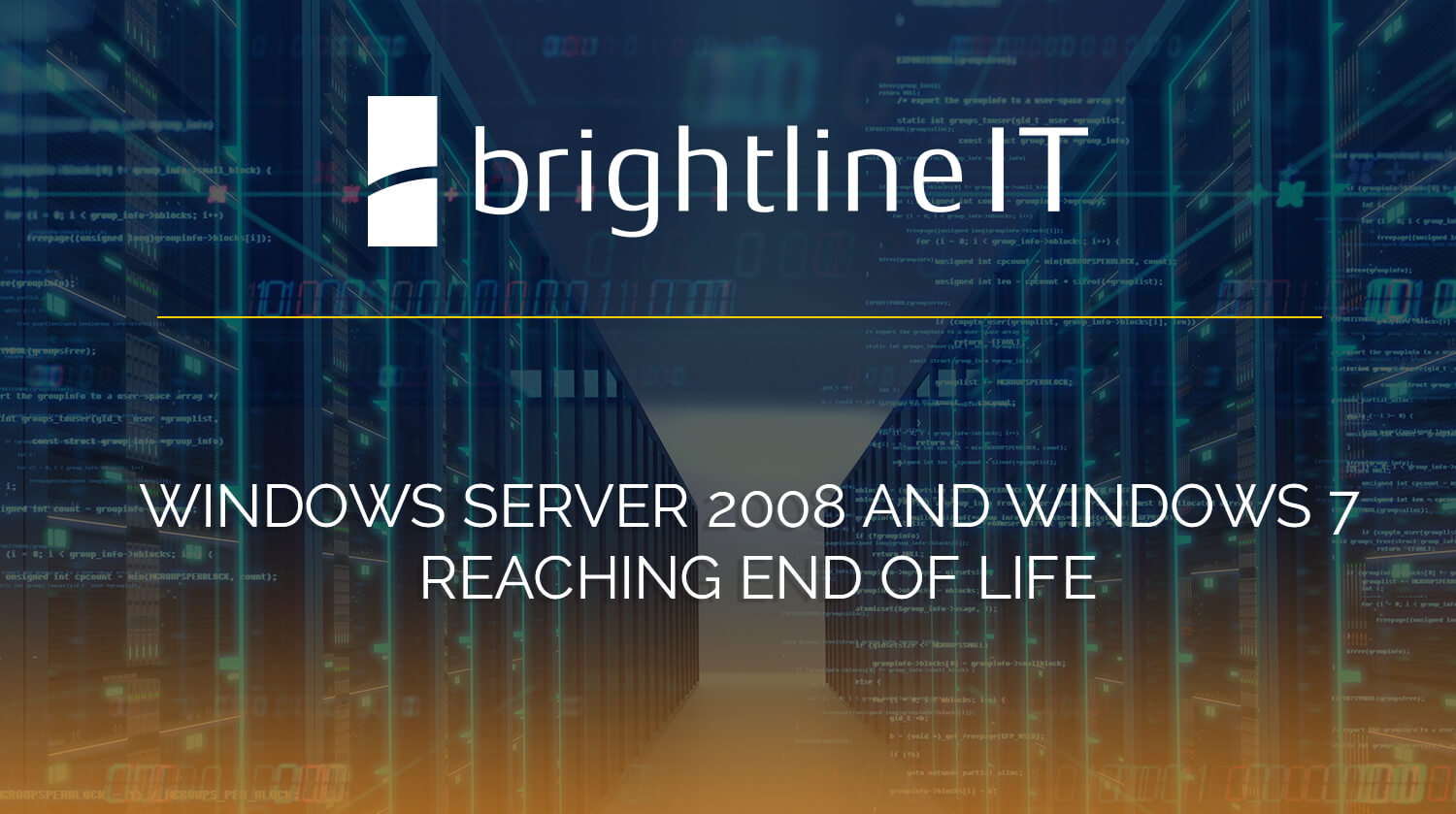 Are you still running Windows 7 or Windows Server 2008?

Microsoft will cease to provide critical updates to two widely utilized computer operating systems: Windows 7, and Windows Server 2008 after mid-January, 2020. If you have not yet upgraded your business’s affected computers and/or servers to modern operating system software, here is what you should know about these two systems reaching end of life:

What is the support cycle, and what does it mean when this software reaches end of life?

When Windows 7 and Windows Server 2008 first launched, Microsoft made a commitment to maintain these programs for at least 10 years. This included product support, security patches, and software updates designed to fix bugs or system vulnerabilities. It has been 10 years and the support and updates will now be discontinued.

In the meantime, Microsoft continued to develop and launch newer operating systems that are more capable of meeting modern technology demands.

Does my business have to update to new Operating System Software?

The short answer is: yes. When products reach the end of their support cycle they don’t immediately cease to function, but without new security updates they grow increasingly vulnerable to unaddressed weaknesses.  They also become unreliable over time as they fail to remain compatible with current technology.

Trying to run a business on old software is both operationally costly, and unsafe. Old systems run more slowly and are more prone to crashes. They also contain easily exploitable vulnerabilities which can result in security breaches that not only compromise the data security of your business and your customers, but which may leave you legally liable.

What are the considerations for upgrading?

Upgrading to a new operating system is more complex than rebooting your computer.  It may involve a significant internal initiative by your system administrators to ensure that all hardware, tools, files, and applications are compatible and updated correctly.

Often, you will need, or it will make sense, to replace the older computers and servers that they are running on.  If the applications that run on the computer or server aren’t compatible with newer operating systems, they will need to be upgraded as well.

The most current versions of the Windows operating system for computers and servers are Windows 10 and Windows Server 2019, respectively.  These new Operating Systems will bring your software systems in line with the latest Microsoft technology, which will not only be most efficient for your current needs, but also have the longest expiration date before they reach their end of life.

If you need help managing your migration off Windows Server 2008 or Windows 7, talk to us.  We can help you plan, design, build and migrate to an appropriate and supported system. Please don’t wait until January 2020. Contact Brightline today to get started.

« We Won: Metropolitan Detroit’s Best and Brightest Companies to Work For® 2019
6 Benefits of Proactive IT Lifecycle Management »
Back to Blog