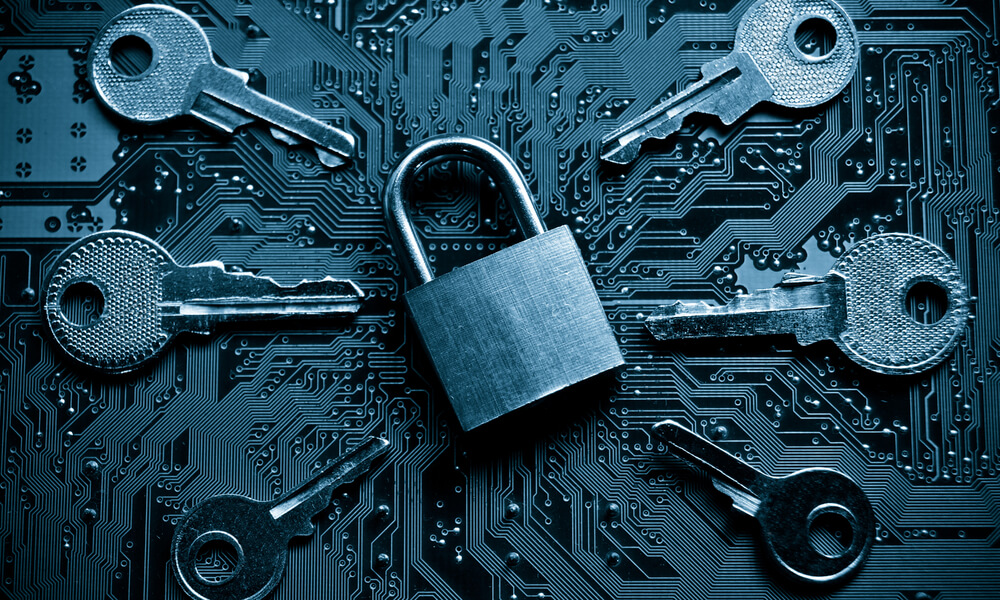 How to protect and control encryption key access across its lifecycle.

Encryption technology is one of the most important security features protecting your data. The use of encryption-in-transit secures email, text, and web data so that users can send and receive information without fear of interception or tampering. Meanwhile, encryption at rest protects data where it is stored, so that even if a hacker steals that data, they won’t be able to make use of it.

However, as important as encryption is for the protection of sensitive information, it also comes at a cost. The biggest concern most companies have when encrypting data is that they might inadvertently lock themselves out of their own system. Thus, encryption key management is critical to businesses to ensure that they control and protect access to their data.

In some ways, encrypting data is like storing it in a safe. Once it’s securely in the vault, no one can get it out again without the correct combination. But that’s a double-edged sword: if someone loses the combination, they won’t have access either. And if the combination is left unsecured for anyone to access, then there’s very little purpose in securing the vault in the first place.

Unlike vault combinations, however, encryption algorithms can be changed. This means that encryption keys tend to proliferate as they pass through a life cycle of generation, active use, retirement, deletion, and replacement. Along each of these stages, organizations should have encryption key management procedures in place to safely handle and dispose of these keys.

Symmetrical encryption is easier to use, but it doesn’t scale well as its security is limited by the number of people who possess the encryption key. Because anyone with access to the key can both encrypt and decrypt, the more people who have access the less secure the key becomes.

By contrast, asymmetrical encryption, otherwise known as public key cryptography, is more complicated, but provides tighter security. It’s also used more commonly with encryption-in-transit. Asymmetrical encryption uses a matched algorithm to generate two keys: a public key and a private key. While the private key must be kept secure at all times, the public key can be broadcast to anyone. You could post it to Twitter and it wouldn’t compromise the security of your encryption.

How to manage the encryption key life cycle.

Encryption keys become more vulnerable with time, not through any fault of their own, but due to the likelihood of them being lost, leaked, or shared among too many people. Plus, the longer a key is used to encrypt data, the more information that key protects. This can lead to a single point of failure situation, where one stolen encryption key can unlock a wealth of critical information. While asymmetrical encryption keys tend to be more durable, at a certain point, encryption keys need to be phased out and replaced.

Key generation: When is a key generated, and what information does it protect?

Key storage: Who has access to the key and how is it protected?

Key exchange: How is a key shared with other users?

Key recovery: What process exists for recovering a key if it is lost?

Key deletion: How is a key destroyed once it is no longer in use or if it has been compromised?

In order to manage each stage, your organization will need to conduct a thorough audit of all sensitive information that requires encryption. You will then need to track what keys are used to encrypt that data and when they will be updated and replaced. Encryption keys then need to be stored in a secure location to prevent theft or destruction.

NIST Special Publication 800-57, “Recommendation for Key Management” [PDF], details compliance guidelines for secure encryption key management. If you need assistance securing your data to meet compliance standards in your industry, contact us. We offer a free security audit, and can work with you to create a system that will keep your information and that of your clients secure.

« The When, Where, and How of Encrypting Data at Rest
6 Ways Remote Monitoring and Maintenance Helps Your Business »
Back to Blog