How to Prepare for Next Gen Enterprise IT Infrastructure 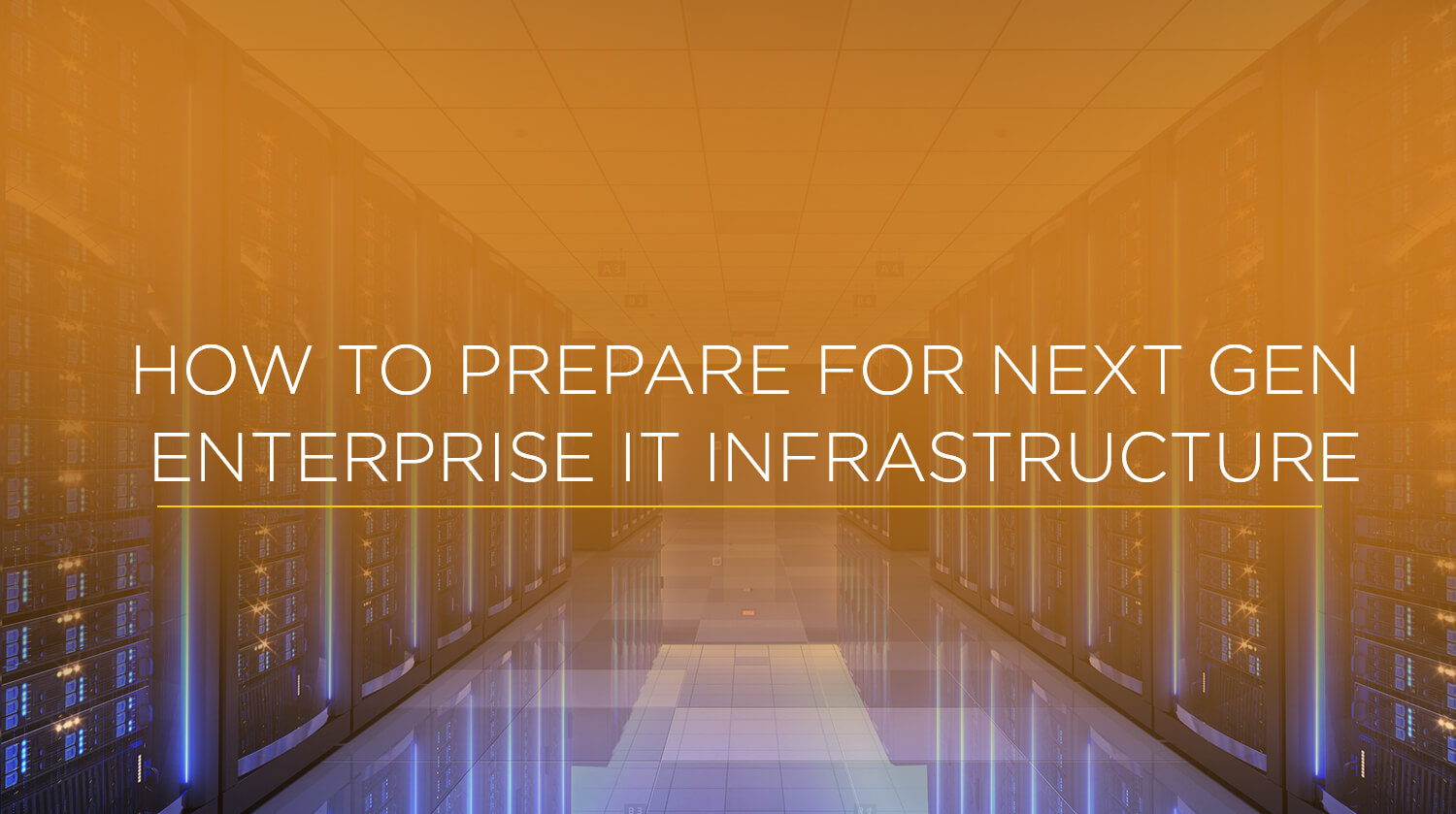 Next Gen IT will require corporations to move away from siloed systems and toward integrated solutions.

Sometimes it feels as though your corporation has only just successfully adapted to the latest and greatest tech innovation when a newer version is already at your door, demanding to be accepted as the next big thing. That impression is largely accurate, and it’s one of the greatest challenges many businesses face in the tech era. The rate of change for technology is so rapid, it’s hard for many to keep pace.

Given that context, it should come as no surprise to hear that the next generation of enterprise IT infrastructure is on its way, and enterprise corporations should take a proactive approach as they prepare themselves for these new systems. It’s still too early to say exactly what form these new systems will take, given the role AI and machine learning are expected to play, it could go anywhere. Nevertheless, businesses can take solid steps to position themselves so that they are better able to respond to whatever challenges the future may hold.

Large corporations more than small ones tend to invest in long-term solutions, often involving proprietary, custom-built software. This may give them an advantage for a certain period, but eventually leave them with an even larger task of either building a new, custom system, or else migrating their entire infrastructure onto a new platform.

If your data systems are currently built on proprietary software that wasn’t designed to anticipate the demands of next gen IT, now is a good time to rethink how you handle these processes.

2. Prepare for a high-powered, mobile workforce.

These days, mobile technology is encumbered with a few basic barriers that have slowed its adaption across work environments. The first and most obvious is the speed and security of mobile Internet connections. However, workforces are only becoming more flexible—which is to say, more mobile while also tuned in, remote while also connected.

The Internet of Things only adds to the complexity. As workers begin accessing the Internet from a multitude of devices, the possibilities for innovation rise as do the potential security threats.

Readying your business for an increasingly mobile workforce means having a BYOD policy in place for workers who plan to take their devices on the road. It also means training your team  to follow data information security protocols while working publicly or accessing sensitive information through their personal devices.

3. Security systems must be proactive to keep pace with evolving threats.

Speaking of sensitive information, we are living in the age of Big Data. Many companies collect massive stores of data almost reflexively, as a matter of course before they’ve decided what to do with it. The problem of collecting and storing so much data, is that merely having this data raises the stakes of a security breach by changing the types of private information that could be lost should the corporation’s security processes fail.

Adding to the problem, businesses of all sizes are facing continually greater threats from hackers and malware. Such threats may be commonplace, but their consequences are not. The more serious these attacks become, the less organizations can afford to treat their security protocols lightly.

Businesses across the board have been moving toward cloud-first policies that prioritize cloud integration upgrades over non-cloud solutions. This is largely to keep pace with their increasingly mobile workforces, but it also avoids the expense of a major hardware upgrade.

The danger is that, as these organizations move to the cloud, they will make the transition piecemeal, with one system moving to one cloud platform, and another system moving to a totally different one. In the process, the Balkanization that exists in their local infrastructure environments becomes mirrored in the cloud.

Instead of making a hasty and poorly-organized transition, organizations should take the additional effort to plan a unified and comprehensive move to the cloud. Only then can they gain the full advantages of their new environment.

5. Be ready to upgrade your infrastructure.

Finally, it is important for businesses to realize that their current enterprise IT infrastructure can’t last indefinitely. At a certain point, older infrastructure begins to be the bottleneck for the high-powered devices it’s designed to support.

That said, upgrading to a more powerful Internet cable isn’t a cure-all. Without many of the previous preparations in place, the faster Internet speeds can only account for so much. Only by integrating your data systems, planning for increased mobility, prioritizing first-in-class security, and taking a proactive approach to cloud transitions will most businesses be fully prepared for the capabilities 5G Internet will enable.

It’s hard to predict where next gen IT will take us, but that doesn’t mean you can’t be prepared.

Many corporations try to make predictions about the future, and the results are often a mixture of overconfidence and short-sightedness. It’s not possible to know what new technological innovations the future will hold. But businesses that take steps that leave them with the most options for the future are well-positioned to lead the field in the coming years.

« 4 IT Project Management Tips for SMBs
Security Automation: Understanding the Risks and Benefits »
Back to Blog